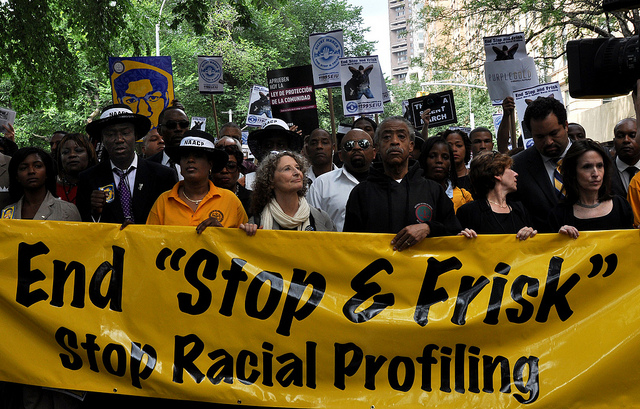 The Fourth Amendment to the U.S. Constitution Amendment provides as follows:

The right of the people to be secure in their persons, houses, papers, and effects, against unreasonable searches and seizures, shall not be violated, and no Warrants shall issue, but upon probable cause, supported by Oath or affirmation, and particularly describing the place to besearched, and the persons or things to be seized.

The Delaware Constitution has an identical provision.

Our Constitution Committee seeks to understand the meaning of this provision in the Bill of Rights as it relates to the mass incarceration of black and brown people within the context of the problem as described by Michelle Alexander in The New Jim Crow: Mass Incarceration in the Age of Colorblindness (2d edition). To this end, the committee has engaged in a series of interviews with knowledgeable persons in the criminal justice system, and plan to continue this investigation during 2015 and into 2016.

Ongoing activities include book discussion groups, further interviews, a proposed statistical study of stop and frisk, search and seizure, and arrests in Delaware, as well as further research.

The current action plan has been in effect since late 2014; the main focus has been on compulsory body cameras for all police officers in the State of Delaware. While all levels of government agree that it is a necessary objective, implementation has been delayed due to financial and other political/economic issues.

The Committee seeks new members and will be recruiting at the all-day Forum on November 14 at the Chase Center. The first meeting of the committee after the Forum will be to design and recommend a more comprehensive action plan to the members of the Coalition.

For further information, leave your contact information on this form and someone from the committee will get back to you.